Aminergic GPCRs are considered as clinically validated drug targets in multiple psychiatric indications. György contributed to the discovery of the third generation antipsychotic drug cariprazine (Vraylar®/Reagila®) targeting these receptors. Now, detailed mechanism of action studies revealed further exciting findings. Up to now, the functional activity of GPCR ligands has traditionally been connected to structural moieties bound in the orthosteric binding pocket. Since the secondary binding site is located at the extracellular side of the receptor that is far from the signalling interface (ca. 35-40 Å), moieties bound to this site are believed to have marginal impact on the functional profile of the ligands. Using specifically designed, bitopic ligands constructed from two sets of orthosteric and secondary site fragments they demonstrated that functional profiles can also be controlled from the secondary site.

This BioSolveIT webinar will fascinate across disciplines, including molecular pharmacology, medicinal chemistry, and structural biology. First, investigating the Go1 and arrestin pathways György will show that the functional activity of aminergic GPCRs can be pathway-specifically modulated from the extracellular vestibule. Second, the team was able to tailor the functional profile of the ligands on both pathways presenting not only antagonists, but also partial and full agonists. Third, György will provide a plausible structural explanation for the observed effects based on molecular dynamics simulations. These findings together path a way to designing high affinity, selective GPCR ligands with desired functional profiles. 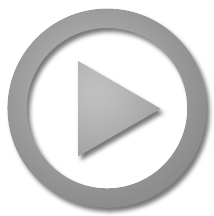